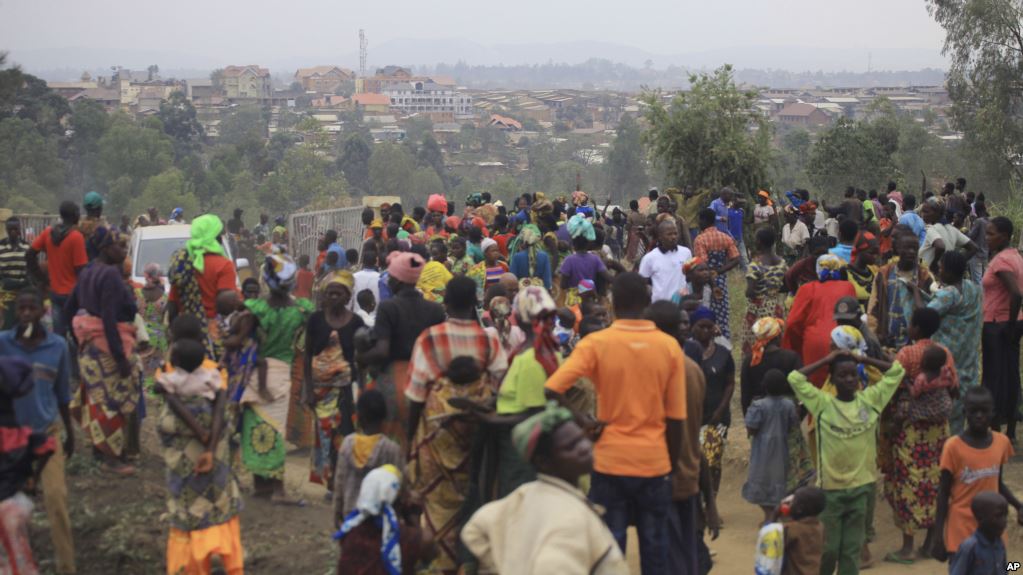 Aid agencies working in the Democratic Republic of Congo have accused the United Nations of manipulating data ahead of elections to give an overly positive impression of the situation in a country beset by conflict and disease.

They say new figures from the U.N. humanitarian agency that show a large drop in the number of displaced people are misleading, accusing it of bowing to government pressure before a presidential election scheduled for December 23.

The U.N. Office for the Coordination of Humanitarian Affairs (OCHA) in Congo said it did not manipulate data and that it is in ongoing discussions with agencies on the issue.

The vast country is battling an Ebola outbreak as well as multiple armed conflicts that have been aggravated by President Joseph Kabila’s refusal to step down at the end of his elected mandate in 2016.

Last year the U.N. said there were 4.5 million internally displaced people — forced to flee their homes and unable to return — in the Congo. But in a statement last month it estimated just 1.37 million would need assistance in 2019.

It also put the overall number of people in need at 12.8 million, a slight decrease from last year, although a separate, international food security tracking system has estimated the number suffering from acute hunger alone at 13.1 million, up from 7.7 million last year.

“Overall humanitarian needs have risen during 2018 rather than decreased,” a group representing about 45 humanitarian agencies said in a letter to the U.N. seen by the Thomson Reuters Foundation.

“Such cynical manipulation of critical data distorts the reality of the situation on the ground and compromises humanitarians’ ability to communicate effectively on the gravity of the crisis.”

A spokesman for OCHA in Congo said the disagreement stemmed from a “difference in perception of the data,” but declined to elaborate.

The U.N. Global Humanitarian Overview, which lays out the situation for 2019, was published on Tuesday and did not include the disputed figure for the number of displaced.

It said 2.9 million internally displaced people (IDPs) were expected to return home due to security improvements in Congo — a projection that aid workers dispute.

“IDP figures have never been and never should be up for negotiation. These are human lives we are talking about here,” one humanitarian professional told the Thomson Reuters Foundation on condition of anonymity.

“The U.N. should know better than to use these lives as political ping-pong.”

Tensions are running high ahead of the election to replace Kabila that could lead to the country’s first democratic transition of power.

The government in March boycotted an international aid conference in Geneva after the U.N. declared the crisis to be at a Level 3, the highest-level emergency.

The government said at the time this was an exaggeration that was discouraging investment and demanded that humanitarian statistics be brought in line with its own.

Government spokesman Lambert Mende said on Tuesday the figures included in the new response plan were accurate. “We are not going to exaggerate figures to please NGOs who are looking for funding,” he said.

While violence has decreased in some regions allowing for people to return home, it has increased in other places — such as Ituri and North Kivu provinces — over the past year, according to the U.N. Refugee Agency (UNHCR).

“Globally the displacement problem in DRC has remained widespread and in parts of the country very dramatic,” said UNHCR spokesman Andreas Kirchhof.

“We don’t see that there is an enormous improvement in many areas over the past months. In many regions it has even deteriorated.”