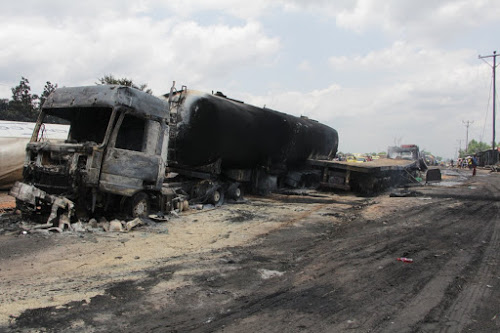 At least 50 people have died after an oil tanker collided with a car on a major road in the west of the Democratic Republic of Congo.

The incident occurred near the city of Kisantu, between the capital Kinshasa and the port of Matadi.

Roads in the central African nation have often been neglected after years of war.

In 2010, 220 people were killed when an overturned oil tanker exploded and set fire to parts of a village in the country.

One witness told the AFP news agency that they had seen “53 charred bodies”.

A doctor at nearby hospital treating the victims said it was a race against time to treat survivors.

Mr Matabuana said local authorities had “taken measures to take charge of all the victims”.

However, the pro-democracy group Lucha criticised the response the lack of ambulances in a tweet.

The city of Kisantu is about 75 miles (120km) south-west of Kinshasa.

Matadi, at the other end of the highway, is on an estuary that leads to the Atlantic Ocean and is the DR Congo’s sole port.