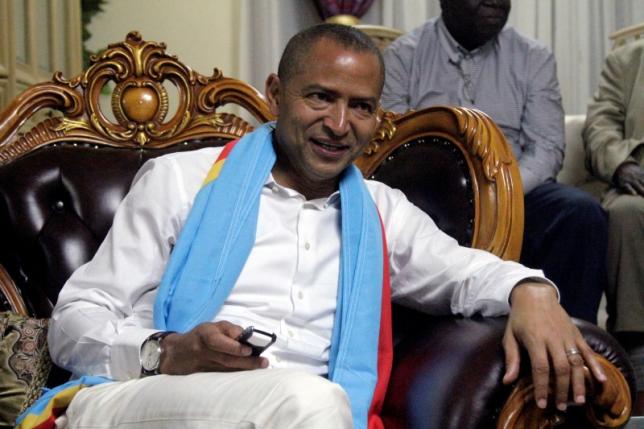 Opposition parties in the Democratic Republic of Congo formed a coalition that will back Moise Katumbi’s candidacy for president in elections scheduled for December.

The announcement marks the start of what’s expected to be a series of declarations by candidates seeking to challenge President Joseph Kabila, who has ruled the central African nation for 17 years. Congo, Africa’s biggest copper producer and the world’s largest source of cobalt, has never had a peaceful transfer of power since independence almost six decades ago.

“You have chosen me to lead us to the coming elections,” Katumbi told a gathering of supporters in Johannesburg, South Africa. “I call for unity among the opposition because we have to work together, hand in hand, to go toward free and transparent elections.”

Congo was supposed to hold elections in 2016, at the end of Kabila’s second term. Opposition leaders have previously accused Kabila, in power since 2001, of intentionally delaying the vote in order to retain power and change the constitution to enable him to stand for a third term.

The new group that will back Katumbi will be known as Ensemble pour le Changement, opposition lawmaker Delly Sessanga said at the rally.

Katumbi, the 53-year-old Kabila ally and former governor of Congo’s copper- and cobalt-rich Katanga province, has previously announced plans to run for president. He’s lived in self-imposed exile since May 2016, when he traveled to South Africa for medical treatment. In June 2016, he was sentenced in absentia to three years in prison on what he says were politically motivated charges.

Among campaign pledges Katumbi offered to his supporters were plans to end armed conflict, particularly in the mineral-rich east of the country, attract greater private investment and build more infrastructure including hydropower dams and roads.

— With assistance by William Clowes